It's a historic moment, accompanied by a large helping of controversy. Some victims of media harassment claim it should not exist at all, and some newspapers (including The Guardian) have refused to sign up - so far - over concerns that it will not be robust and independent enough to fulfil the criteria set out by Lord Justice Leveson. Meanwhile, there are interviews with the new head of IPSO, Sir Alan Moses, doing the rounds in other newspapers in which he vows to win over his critics (paywall). Yes, those interviews appear in papers that have signed up to the new regulator. Don't expect this posturing to end any time soon.

Someone was going to have to do this eventually, so it might as well be me.

Here's my ice bucket challenge - I nominate everyone at the centre to drench themselves in freezing water. I can't imagine a better way to prepare for the start of a new term. 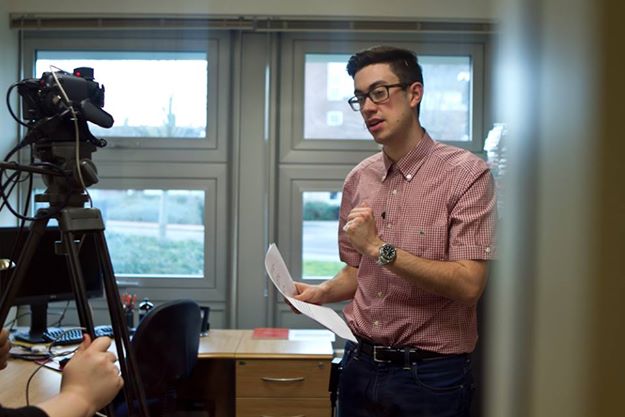 At least one of those is definitely happening, and it's great news for a recent graduate who always dreamed of a career in sports journalism.

There's a buzz around the Centre for Journalism following the news that we won our bid to run a Local TV station for Maidstone and Tonbridge this week - and it seems expectations are already running high.

The Guardian's Roy Greenslade, who recently caused a stir with an article criticising the Local TV project in London, has written a blog post today in praise of the KM Group's local credentials and the TV experience of our own Tim Luckhurst.

Congratulations to Ben Kennedy, who will join the Kent Messenger as its new reporter for Dartford and Gravesend in August.